The Bear Threat is a great bow that blends good results, cutting-edge technologies, and reasonable pricing into one attractive bundle. The Bear Threat compound bow is a lightweight bow built for the everyday shooter who wants heavy-hitting features without emptying their wallet.

This strong bow is ideal for any archer who wants the most convenient features for the least amount of money, and therefore, we give a bear threat compound bow review. 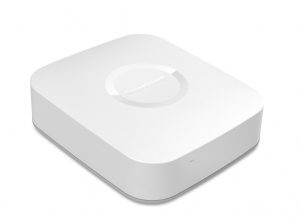 A Complete Package For Hunting

The Bear Threat Compound Bow is available as a barebow or with a factory-installed RTH hunt kit. This kit does not contain top-of-the-line accessories, but it is adequate for shooters of all skill levels, including those who are just getting started and aren’t sure what they need.

The Threat is a versatile-looking bow that comes with a couple of different finish options for shooters to pick from. Most shooters go for the default finish, i.e., Realtree X-Tra Green, the go-to camo style for the Bear line, and it seems to be universal. You can also choose from other options such as Shadow, Sand, Olive, or Orange if you want a new look.

The Bear finish and design are simple, with a regular dipping procedure used to add the finish to the aluminum risers. The cutouts have been well-covered, and the finish has a good definition and appearance.

The Bear Threat’s aluminum riser is similar in appearance and style to the rest of the higher-end Bear models. Bear engineers revamped the architecture in certain sections to provide more stabilization.

The riser’s grip area is narrow, but it has a comfortable feel in the shooter’s hand when at rest, full draw. A thick grip is a practical option among shooters as it supports more accurate positioning on the bow, resulting in better precision on the range and greater distances.

Since the grip is built into the riser, it can feel cold in the palm since it is all metal. The rubber side plates are very thin, and they will not provide much heating.

The Threat Flare Quad limbs are available in two different configurations from Limbs Bear. The first choice is 50-60 pounds, while the second is 60-70 pounds. It will be good to have a 40-50-pound choice for this bow to appeal to a wider range of shooters. However, the ten-pound increment is normal, and the two models available can satisfy the needs of most shooters.

The Threat often does not come with factory-installed dampeners. If shooters are interested in looking at dampening choices for split limb bows after purchasing the bow, there are lots available in the aftermarket.

The Bear Threat Compound Bow comes with the Bear ES cam, which allows for draw length changes in half-inch intervals from 25 to 30 inches. A rotating module is included in the hybrid cam system for modifying inside the specified range, which is a useful function for the shooters since shooters won’t have to buy new modules or cams.

The cams also have an 80 percent let-off, which would appeal to shooters who want a higher let-off. The IBO measured speeds are reasonable at 330 feet per second, but that is for a shorter 6 1/4-inch brace height, making the speed rating deceptive at first sight.

Is the bear hazard bow suitable for complete beginners?

For budget hunters, this is an excellent choice.

What is the cost of a bear hazard bow?

You should be able to find one for a reasonable price.

Do you need a license to own a Bear Threat Compound Bow?

No, you don’t require a permit to buy a bear-threat bow.

The Bear Threat Compound Bow is a reliable performer and a pleasure to shoot, making it an excellent pick for budget hunters. Although it lacks certain features, the lower price tag can make it worthwhile to add a few extras.

The ES cam system is a good shooting cam with reasonable output for such a smooth choice. The risk is a perfect combination of quality, efficiency, and shoot ability for shooters who want to have a bow with high-end features without spending a fortune.

With the Bear Archery Products brand and reputation behind it, shooters looking for a low-cost comfort bow can take a look at the Bear Threat.